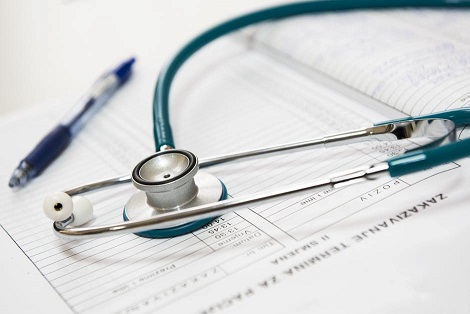 The Government of India is introducing numerous reforms to bring out development in the country. One such initiative, the introduction of Goods and Services Tax (GST) was implemented to create a single comprehensive tax structure for the entire country. GST was launched on 1st July 2017 and was the biggest tax reform since independence.

All indirect taxes such as service tax, excise duty, octroi, value added tax (VAT), and central sales tax, were replaced by a single tax. The implementation of GST is expected to reap numerous benefits, such as removal of cascading effect, easy compliance, and simple administration, besides many others.

Impact of GST on health insurance

The rate of tax levied on medical insurance plans has increased from 15 percent to 18 percent. This hike is applicable to both individual health insurance plans and family floater health plans. The increase of 3 percent indicates that health policies have become costlier. This will affect both existing and new policyholders.

You may understand the impact of GST on the health insurance industry with the help of an example. Assume you used to pay INR 10,000 (excluding service tax of 15 percent) towards your medical insurance policy premium. A service tax of 15 percent on INR 10,000 amounts to INR 1500, which sums up to a total of INR 11,500. However, the implementation of 18 percent GST would result in a levy of INR 1800 tax. This is an increase of INR 300, thus indicating that premiums got costlier.

Benefit of investing in a health insurance plan post GST

Though the launch of GST has made medical plans costlier, you need to think of a health insurance policy as an investment instead of an expense. Following are three major benefits of health plans.

Such plans provide coverage against the ever-increasing medical inflation. In case of a medical emergency, the insurance provider covers hospitalization expenses, as well as pre-hospitalization and post-hospitalization charges. This would prevent you from making huge expenses from your personal resources.

2. Lower premium cost due to digitalization

You may benefit from lower premiums if you buy health insurance online. Due to lack of intermediaries and lower paperwork expenses, insurance providers pass on the benefit of lower costs to their customers.

Another advantage of such plans is tax deductions under Section 80D of the Income Tax Act, 1961. You may avail of health insurance tax benefit on the premium amount paid. You may claim tax deduction of INR 25,000 on premiums paid for self, spouse, children or dependent parents. This extends to INR 30,000 in case your parents are 60 years old or above.

A health insurance policy has manifold benefits. It is, therefore, necessary to invest in such a plan, even if the implementation of GST has made it costlier. The good news is that insurance providers may lower the prices in order to attract potential customers. Insurers may cut down on expenses related to policy-issue and other charges to attract customers. Some providers may enhance their level of service and customer-buying experience. This will benefit customers to a great extent and help them avail of the benefits health plans have to offer.