One of the questions from The 4-Hour Work Week (note: there’s still some time left to participate and win a copy of the book) that really struck out was —

What is the pot of gold that justifies spending the best years of your life hoping for happiness in the last?

DÃ©jÃ  vu, because, a few months back, I had asked pretty much the same question when writing about the fallacy of traditional retirement calculations and had then followed-up on that post with this exceptional art of finance sketch by D — 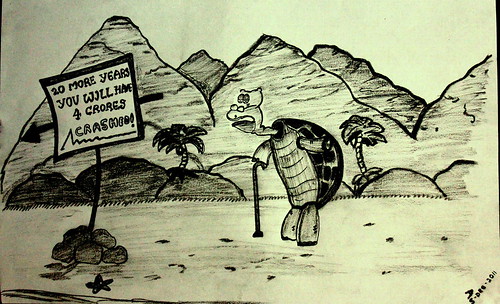 I stand by all of those questions that I asked back then (in fact my conviction in them has only grown stronger). And then to add — 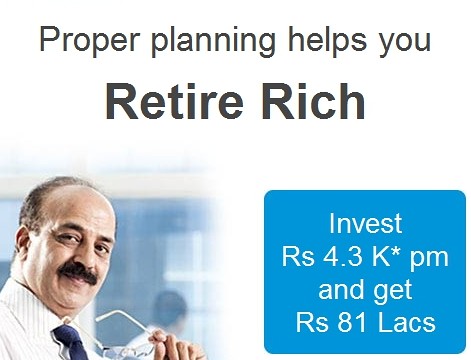 Finally, here’s another point from the book to ponder over —

[Traditional] Retirement as a goal or final redemption is flawed because most people will never be able to retire and maintain even a hotdogs-for-dinner standard of living. Even one million is chump change in a world where traditional retirement could span 30 years and inflation lowers your purchasing power 2 — 4% per year. The math doesn’t work. The golden years become lower-middle-class life revisited. That’s a bittersweet ending.

A commentary of thoughts running in my head…

4 thoughts on “What Is the Pot Of Gold That Justifies Spending the Best Years Of Your Life Hoping For Happiness In the Last?”