For the first six-years of my professional career, I think I paid credit-card bills in the five-figures each year! I bought huge quantities of stuff that I simply threw away later. If instead, over these early six-years, I had saved Rs 70,000 each year in the Public Provident Fund (PPF) account that my mother had opened in my name — 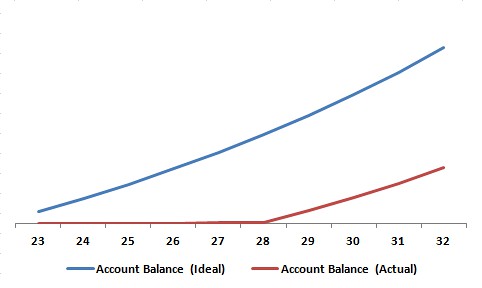 I’ve already lost the magical power of compounding and no matter how much money I put-in today I can never catch up with the “could have been here” line. Compounding works best when you save the maximum you can as early as you can.

And here’s how the situation would have looked vs. will actually look upon maturity of the account — 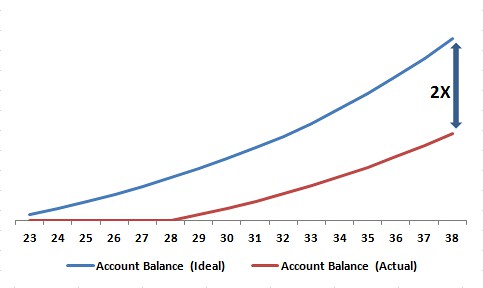 A 2x difference! Seriously! Nothing that I bought on those credit-cards was worth this loss.