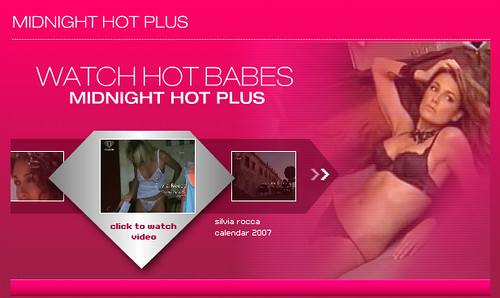 The folks at the Information and Broadcasting (I & B) ministry have really gone nuts. Their latest decision is to ban Fashion TV (FTV) for two-months from April 01, 2007 to May 30, 2007 for telecasting programmes such as “Midnight Hot,” where “skimpily dressed and semi-naked models are shown, which is against good taste and decency, denigrates women, and is likely to adversely affect public morality.”

What did the I & B ministry expect? Fully clothed models on a lingerie show? Take that Victoria’s Secret. And what public morality are we talking about? The same which says it’s ok to watch grisly crimes being committed in front of your eyes and still do nothing about it?

If “skimpily dressed and semi-naked models” is the I & B’s only line of argument, it applies to just about every television entertainment channel and not just FTV. Switch on any Hindi, Kannada, Telugu, Tamil, insert-your-language-here channel and the probability is very close to 1.0 that you will see someone “skimpily dressed and semi-naked” every sixty seconds. Maybe the moral police at the I & B haven’t been to the theatre recently. I see more skin on the big-screen than I see on FTV.

Perhaps the I & B ministry thinks that we crossed the billion mark watching “Midnight Hot” on FTV.

And what next? Place a complete ban on the Internet where you can see much worse than “skimpily dressed and semi-naked models?” Or maybe that does not affect public morality because you get to see it in private.

I think the I & B’s time would be better spent in trying to shutdown all those incompetent 24 x 7 news channels. The worst fact about these 24 x 7 news channels is that you just can’t find the news you are looking for – in any of those umpteen tickers. Wake up early morning to catch the result of yesterday’s cricket match and the only thing you read on those tickers is, “Chappell sent an SMS to XYZ,” “XYZ was in the loo when the SMS was received,” “Team India let my mother down,” “Give our guys a chance,” “Aishwarya is purchasing 11 sarees from Varanasi,” “Kya Prince ko hum bachalenge?” etc.

I & B don’t shoot yourself in the foot by trying to be the moral police. Instead, look at how you can make the nation progressive. 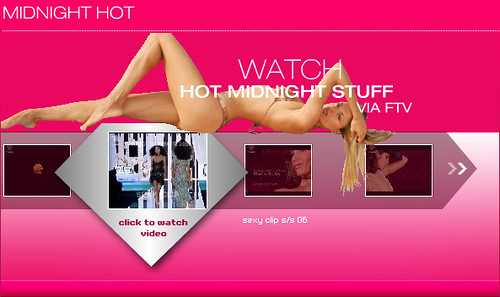 14 thoughts on “Your Last Day to Watch “Midnight Hot””