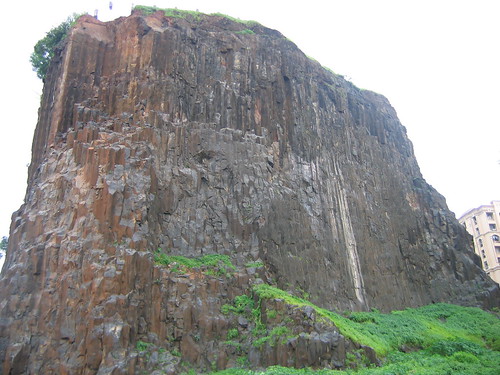 Gilbert Hill is a 200 foot (90 m) monolith column of black basalt rock in Andheri (West), Mumbai. The rock has a sheer vertical face and was created when molten lava was squeezed out of the earth’s clefts during the Mesozoic Era about 65 million years ago. During that era, molten lava had spread around most of the Indian states of Maharashtra, Gujarat and Madhya Pradesh, covering an area of 50,000 kmÂ². The volcanic eruptions were also responsible for the destruction of plant and animal life during that era.

According to experts, this rare geological phenomenon was the remnants of a ridge and had clusters of vertical columns in nearby Jogeshwari which were quarried off two decades ago. These vertical columns are similar to the Devil’s Tower in Wyoming, and the Devil’s Post Pile National Monument in eastern California, USA.

Atop the rock column, two Hindu temples, the Gaodevi and Durgamata temples, set in a small garden, are accessed by a steep staircase carved into the rock. The hill offers a panoramic view of the city of Mumbai.

To get there via road, turn left at Kasimali Sakur Chowk on SV Road, just before Andheri railway station and ask for directions to the temple atop Gilbert Hill which is a minute’s drive away.

In Mumbai, you take any space that is vacant and construct a concrete building on it. You don’t care if the plot next to you hosts a 65 million year old monolith. You simply build a skyscraper of apartments and then charge a hefty premium for the view you get outside your window. Recently, the high court has passed an order banning all construction activity around the monolith. And this, only because of a recent landslide that chopped off a portion of the monolith. Of what use is legislation, when the damage has already been done? 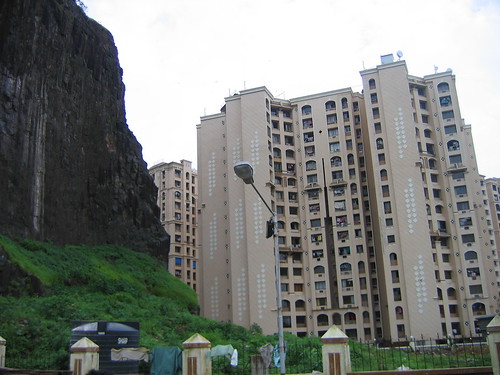 The landslide that chopped a portion off the hill and the rudimentary barricade fencing off the area. 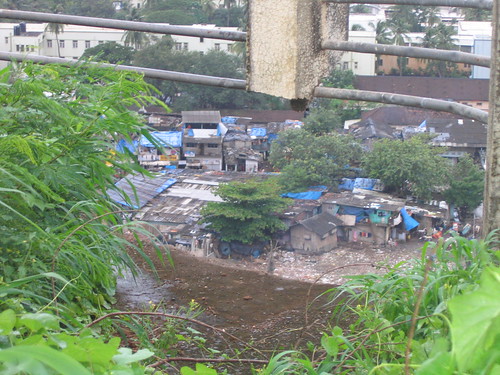 Here’s what you see when you get to the top – a panoramic view of concrete.

There’s still some joy to be discovered on top of the monolith in the form of these beauties, just drenched in the light rain. 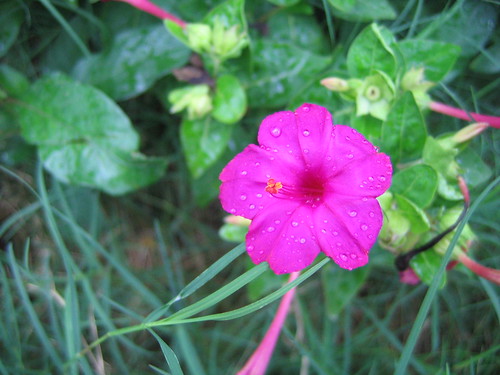 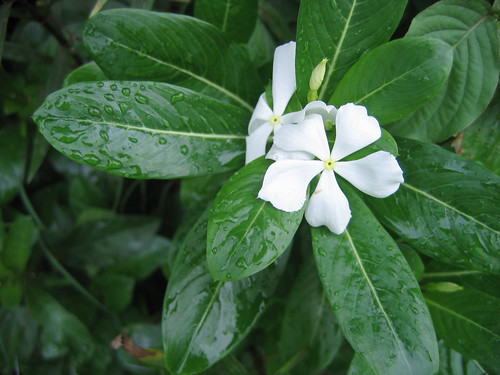 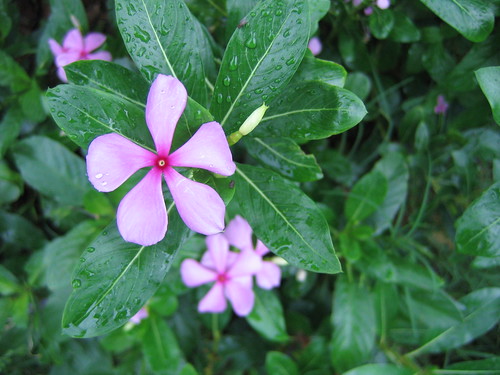 Only time will tell the fate of Gilbert Hill.